Santa Teresa Gallura proudly displays the signs of a very ancient history: the Nuragic village of Lu Brandali, immersed in nature and dating back to the second millennium B.C., is one of the most representative emblems.

The oldest attestation of the village name, Longonis, dates back about two thousand years later – during the Roman period – it comes from the shape of the fjord on which stood its port. Local people call Santa Teresa Lungoni still today.

According to some scholars in the promontory of Capo Testa stood the important Tibula, departure point of several Roman roads; what we can say with certainty is that here there are still traces of ancient granite quarries.

The Middle Ages, and in particular the period of the Sardinian Judgedoms, bequeathed to lungunesi a huge monument on the eastern shore of the port that still expects to be revealed: the medieval castle which tradition attributes to the legendary queen Eleonora. Regardless of who built it, this extraordinary historic treasure trove has lived a short but very intense life: disputed and conquered by the Sardinians and invaders several times, it was shot down by the Catalan-Aragonese in 1422 because of its importance and the difficulty to keep its control.

In this whirlwind journey through the ages and symbols that arise from history as lanterns, you arrive at the age in which the Kingdom of Sardinia was part of the Spanish crown. The monument that most of all became an icon of the village dates back to this time: the mighty Spanish tower – built in the XVI century west of the entrance of the port – which still today dominates on the Bonifacio Strait.

About 300 years after its construction it was a witness and a protagonist of a key moment in the history of Gallura and Sardinia, the revolutionary attempt to raise the island against the absolute monarchy guided by the Sardinian patriots Francesco Cilocco and Francesco Sanna Corda – the priest who died in the battle for the tower of Longon Sardo. An even worse fate happened to the young notary Cilocco, tortured and killed by the Savoy officials.

As a result of these events captain Magnon obtained permission to found a new city for the control of these lands in which existed the culture of stazzi, i.e. family farms common throughout the countryside of Gallura. This institutional entity, in 1808, was named Santa Teresa (in honour of the queen, wife of Vittorio Emanuele of Savoy).

From the fifties of the twentieth century Lungoni – Santa Teresa became one of the most beautiful and dynamic tourist destinations of Sardinia: breath-taking coves, beaches, islands, reefs, monuments and culture make it a top destination for travellers searching for beauty and knowledge. 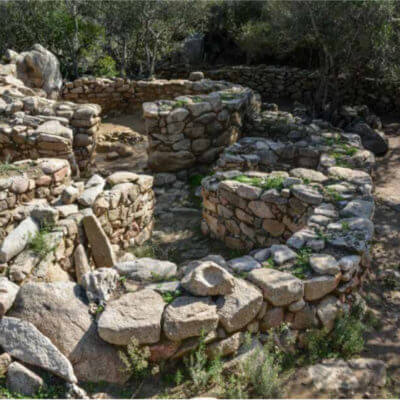 The extraordinary archaeological site dating back to the Nuragic age is not far from the village along the road that leads to Capo Testa. The excavations are still in progress, but the place is very rich and widely accessible: there is a nuraghe, a portion of the village and a Nuragic tomb. The area is guarded, and guided tours are available.

The tower of Longonsardo

Built in the XVI century with materials coming from the medieval castle, the massive tower of Spanish origin is today one of the main symbols of the village. Located in a dominant position to guard the western shore of the harbour, it offers, among its battlements, an unforgettable view. 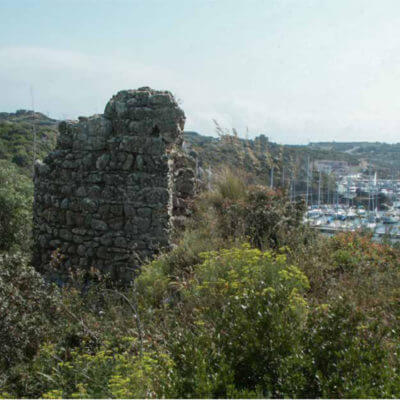 The fortress, built towards the end of the Sardinian Judgedoms period, is still waiting to unveil the mysteries that it preserves in its ruins. The complex, located on the eastern shore of the harbour and hidden by vegetation, was an outpost of extraordinary historical and strategic importance. 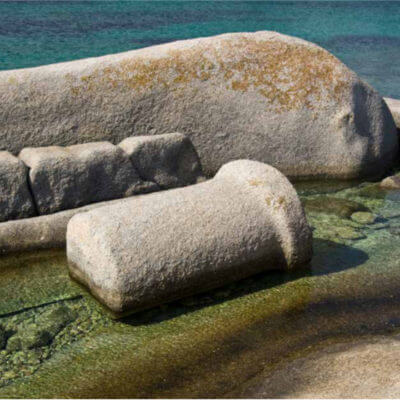 The beach called "the roman columns", in Capo Testa, takes its name from the numerous remains of architectural elements dating back to about two thousand years ago. For diving lovers these finds are also observable underwater just a short distance from the shoreline. 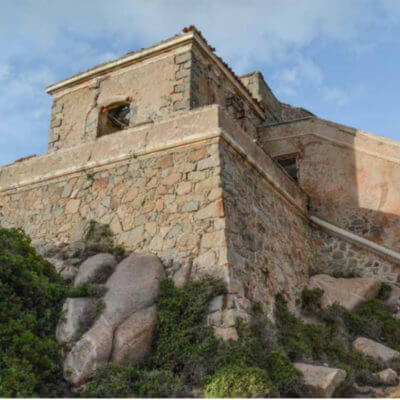 The semaphore of Punta Falcone

Since the second half of the XIX century the signal station of Punta Falcone has guided the ships in the crossing of the Strait of Bonifacio. The structure - which included the dormitories and the lookout – is today abandoned (but could be restored soon). From this building, harmoniously integrated in nature, you can enjoy a wonderful view. 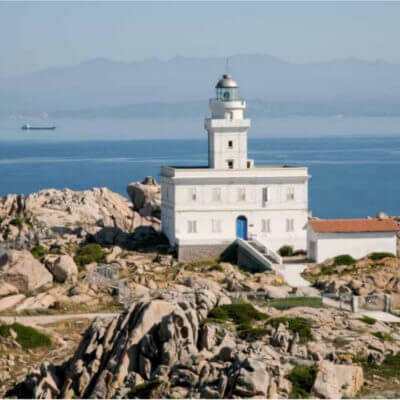 Built in 1845 in Capo Testa it was the second lighthouse in Sardinia. The squared structure is surmounted by a tower that culminates in a large cylindrical lantern. Together with that of Bonifacio (only one year older) it has been helping sailors passing through the Strait for more than 170 years. 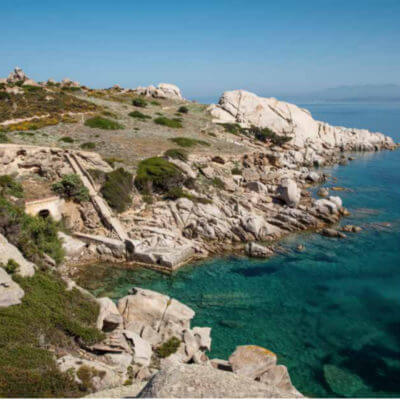 The promontory of Capo Testa, joined to the mainland by a narrow isthmus, represents a real natural wonder waiting to be explored: beaches, cliffs, ancient historical and archaeological sites, paths and views. A small paradise that anyone visiting Santa Teresa remembers forever. 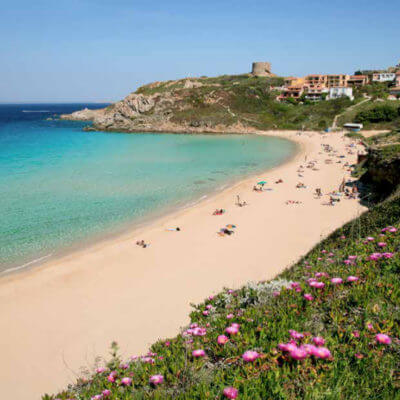 The Rena Bianca beach owes its name to the colour of its velvety sand. The seashore is located inside the village, a few tens of meters from the church of San Vittorio and it is the most popular place during the summer season. 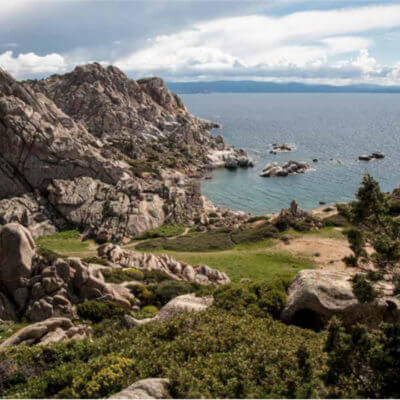 The area, also known as Valle della Luna (Valley of the Moon), is known all over the world due to its beauty and unique atmosphere. To reach it you must cross Capo Testa until a gentle slope on the sea. Here, surrounded by the majestic granite rocks, it seems to be in an enchanted place suspended in time. 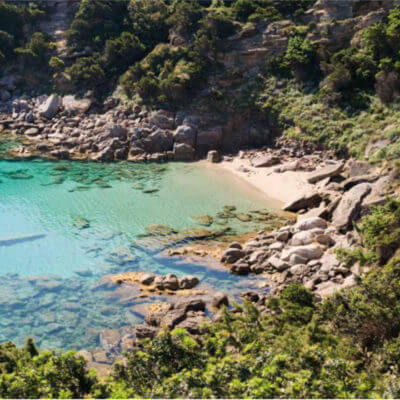 Sand, rocks, nature and various sea beds follow for kilometres around the village giving life to a varied and spectacular landscape that offers everyone the opportunity to choose the ideal place where to stop and enjoy the sea view and the well-deserved relax. La Marmorata, Cala Spinosa, La Liccia, Porto Quadro, Conca Verde, Licciola, Santa Reparata are just some of the numerous beaches surrounding Santa Teresa